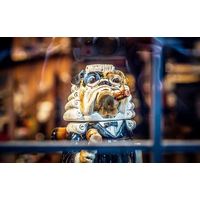 With California cannabis smokers now officially out the closet and the continuing discussion in Australia if recreational use should be legal, the question of sociable smoking arises. Should we allow consumption in nicotine areas or restrict it to spaces.

With California cannabis smokers now officially out the closet and the continuing discussion in Australia if recreational use should be legal, the question of sociable smoking arises. Should we allow consumption in nicotine areas, or restrict it to spaces where everybody agrees. And what about kids, and what about the pets too. Could a parrot get high on the stuff? Will the potbellied pig get the giggles? Certainly, Live Science thinks second-hand marijuana smoke can muddle our thinking in unventilated space.

Why Are Canadian Dogs Being Impacted Now?

Almost unbelievably, Canada dogs are displaying these symptoms after chowing cannabis products. This is for real. We have a long way to go to April 1st.

You see, Canada is champing at the bit to get hold of legal adult marijuana, and this is happening soon. There is an ‘out of school’ atmosphere with people breaking laws and enforcement maybe standing by. This includes leaving pot in places where canine opportunistic feeders can get to it easily. Canada’s CTV News reports this is toxic to their digestion and they can go into a coma.

Dogs have allergies for a number of things that humans like. The American Kennel Club lists almonds, chocolate, cinnamon, onions, garlic, ice cream, macadamias, and popcorn among the culprits. A Canadian Vet believes marijuana gives dogs more than a bad tummy or arthritis. He saw five cases of allergic reactions in 2017.

"It profoundly affects the neurological system,” he says. “It can progress to tremors and seizures, and they can go into a coma.” The active substance causing this is tetrahydrocannabinol, or the THC for short that makes humans high.

We don’t know whether the medical variety CBD has a similar effect. Until further notice, please don’t try either on the family dog.

Cats are in a better space because they are suspicious of anything new. They only eat food they are used to, and they don’t eat sweets and brownies. Once again, their suspicious nature sees them through.

They become “profoundly confused, cry, vocalise and become hyperactive” according to the vet. They may also drool and be unable to walk property. In other words they are having an extremely bad trip.

We love our dogs, and we want them to be happy. Don’t let their trusting nature let them down. For their sake - not the law this time - keep the marijuana safe where a dog cannot get to it. The place where you successfully hide our dog treats could be a good place to start.